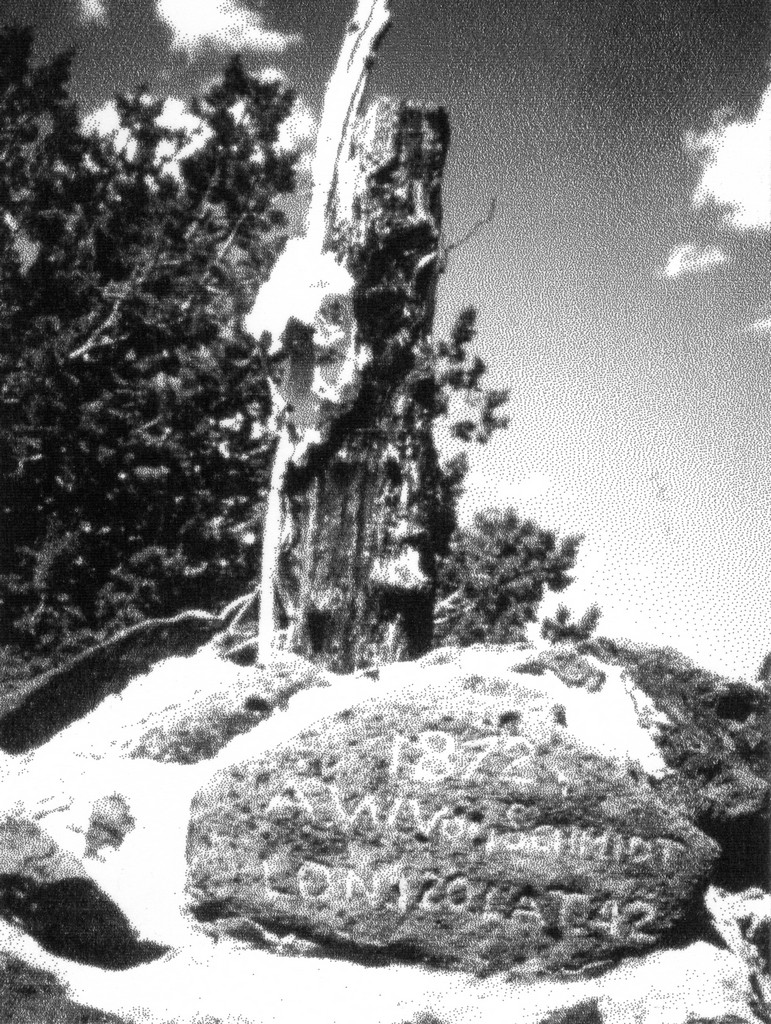 ACCESS ROUTE: From Adel, OR, go S 17 miles to the CA border. Continue about l/2 mile S to a faint 4WD road heading E. With a high clearance vehicle you can drive in the first mile. Otherwise, leave car at the main road and hike to the end of the 4WD road, then continue down into Cow Head Slough and up the other side of the ravine.

Mark your route on the way in, or take a compass heading, or GPS bearing. Otherwise, it is difficult to find the 4WD road on your return. If approaching from the South, from Cedarville, CA, go North 43 miles to the above mentioned 4WD path. 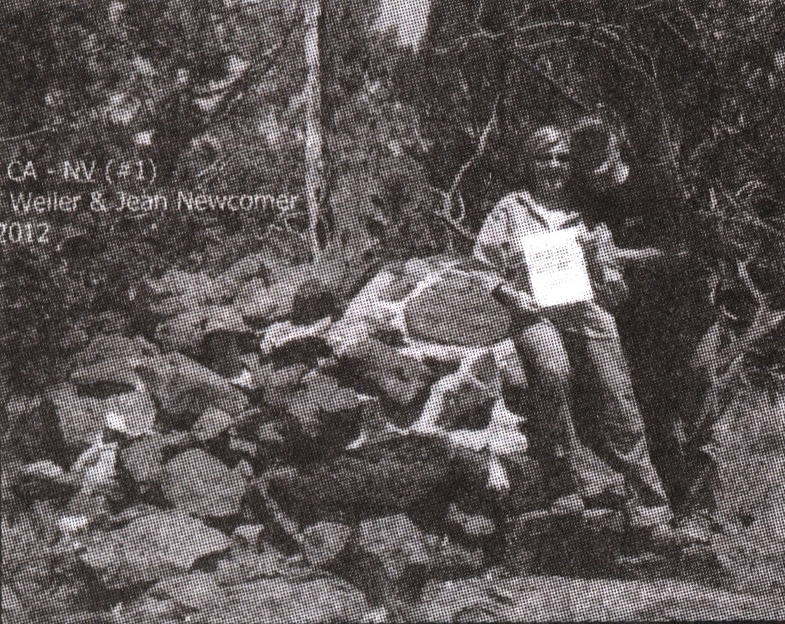 The road from Adel, OR is called 20-Mile Road and goes to Ft Bidwell. The pavement ends after 8.0 mi. The faint 4WD track that Jack Parsell mentions (at 17.6 mi on our odometer) is still there but is locked by a chained gate flanked by stone cairns. Our handheld Garmin GPS read 1.96 mi to the tripiont. There were no "No Trespassing" signs visible so we climbed through the gate and followed the jeep track 0.1 mi to a fence.

It's possible to avoid the gate by following the fence line just to the right of the gate 0.1 mi then turning left along the fence for 50 feet or so to reach the 4WD track but this route is through heavy sage.

Once over the fence we followed the 4WD track 0.9 mi to the slough Jack mentions. The track is very faint in spots. The slough, or ravine, is no small affair; it's about 100' deep and a couple hundred feet across with steep rock walls on the east side. At the end of the 4WD track we were lucky enough to find a trail down the west side of the slough. Once at the bottom we turned left (N) for about 200' until we could see a break in the rock wall above then climbed out (no trail).

Once out of the slough we headed cross country through sage and rocks to a point just south of the tripoint so we'd intersect the CA-NV fence line then followed the fence left (N) for a few hundred feet to the tripoint. The skull Jack mentions is no longer there. There is a logbook in a red can; the last visitor was the day before.

Back at the trailhead there is a pull-off about 0.1 mi south of the gate big enough for 2-3 cars. We saw no sign of the dry lakebed Jack mentions but this could have been because we were slightly too far N to see it. For GPS junkies the trailhead/gate coordinates are N41 deg 59 min 24.0 sec W 120 deg 02 min 14.8 sec.