ACCESS ROUTE: From the junction of routes 95 and 56 near Elkhart, KS go N on 95 for 0.1 mile, then turn L (west) onto signed Road A. Proceed W on this road which becomes a good dirt road and after 7.7 miles reach the tri-point. The marker is a large, round metal plate set in the middle of the road in 1990. There is also a windmill marker in a small fenced-in park on the N side of the road.

On Jan. 29, 1861, when Kansas was admitted to the Union, the 25th meridian W of Washington, DC was established as the W boundary of KS. Colorado was organized as a territory on Feb. 28, 1861 with the same boundaries as at present, being made up from parts of the Territories of UT, NM, KS and NE. Earlier in 1858 a concerted attempt had been made to organize the "State of Jefferson" in this area, but by popular vote in 1859 it was decided to organize a Territorial government instead. The S boundary on the 37th parallel had been established by the Macomb survey of 1858-59. The CO - OK portion of the 37th parallel was resurveyed by John G. Major in 1873-74. Dates on the tri-point marker are the years each of the states was admitted to the union.

History of Tripoint and Trip Report - Oct, 1995 - Dale Sanderson
Dale Sanderson provides history on locating the tripoint at US Ends along with his trip report. 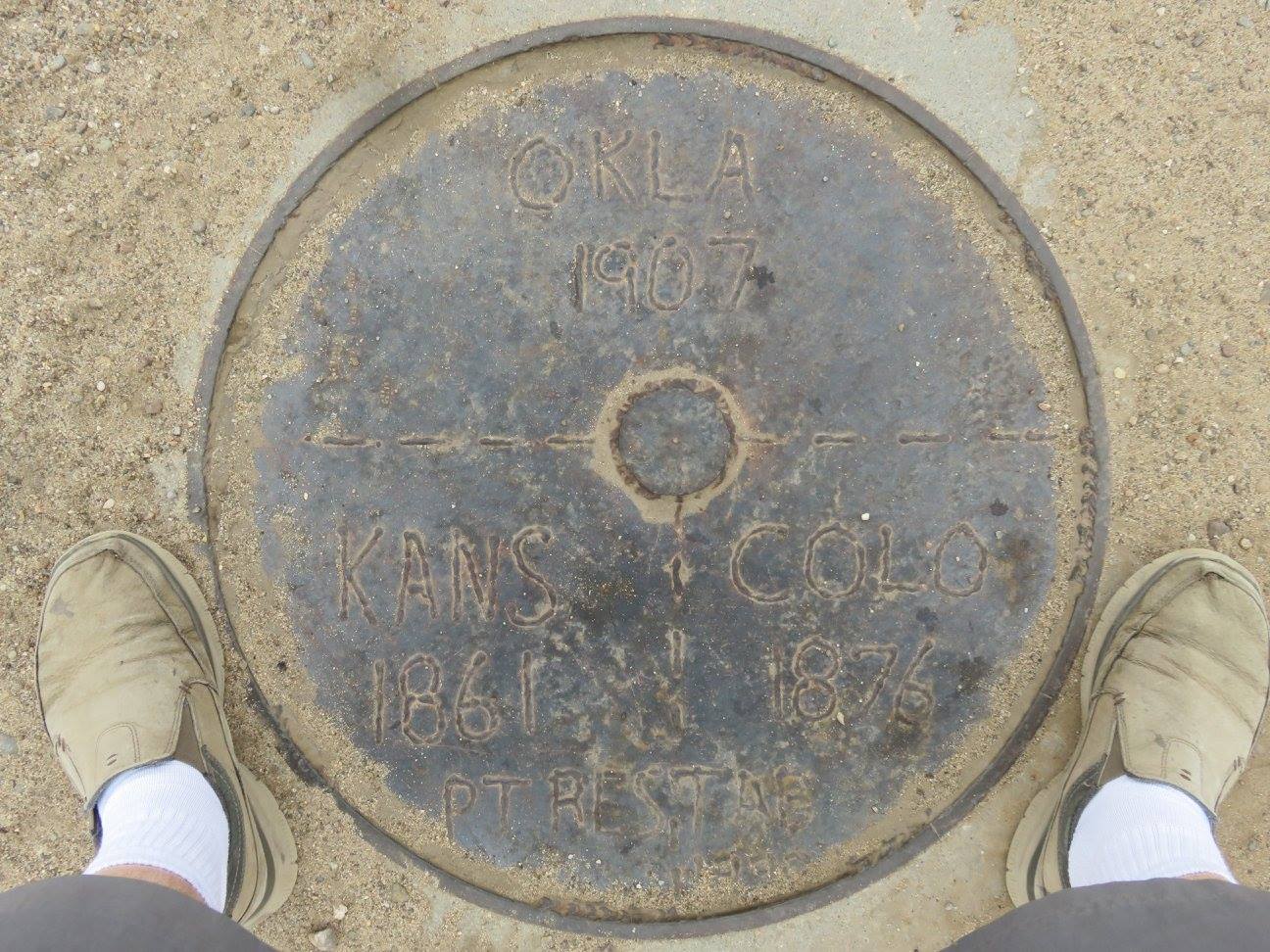 [Ed: A snippet of the trip report follows. Please see FB for all the photos and descriptions detailing where the tri-point is located]. This is the Colorado/Kansas/Oklahoma tri-point. It was the third of three that we went to during the last weekend of October and is fairly easy to find. Just be sure that your GPS is not filtering out the use of dirt roads. October 30th, 2016.