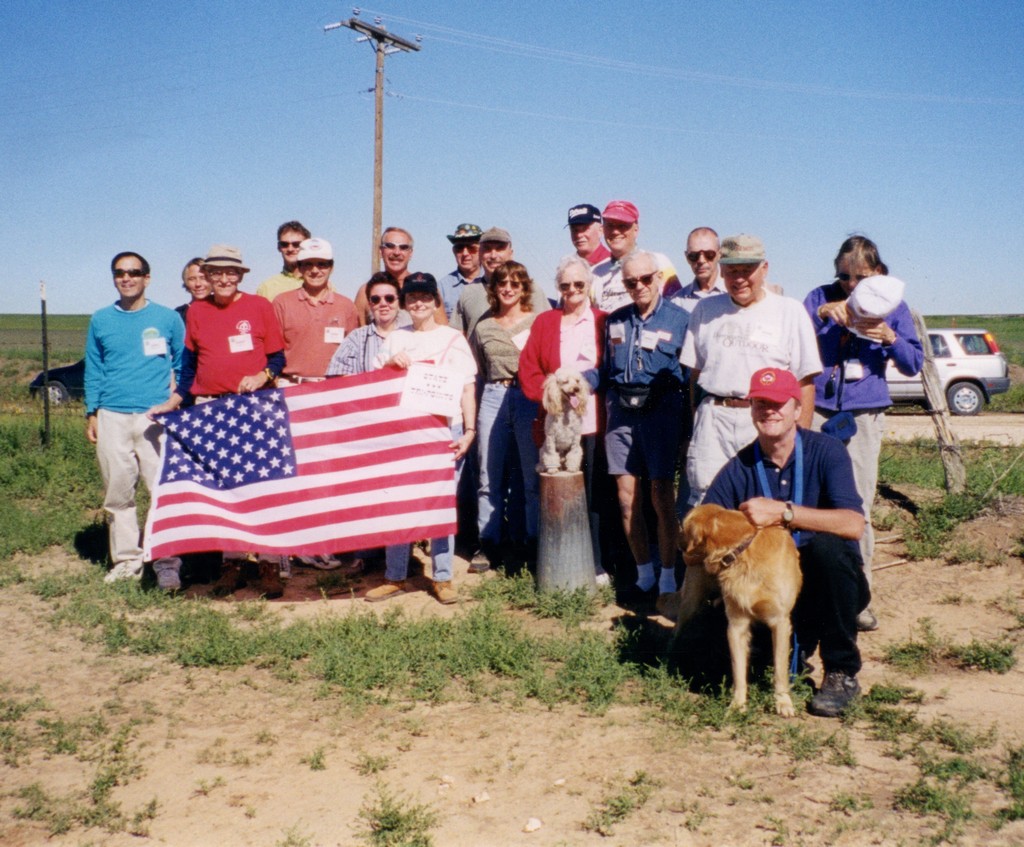 ACCESS ROUTE: From US 56 at the NM - OK line go S on a boundary-line road 1.5 miles to a tee in the road at the TX border. The Tri-State marker is in the field just S of the tee in the road.

Note the jog in the TX - NM boundary at the NW corner of TX. John H. Clark surveyed the W boundary of Texas on the 103rd meridian up to N 36° 30' latitude in 1859. Later it was found that Clark's corner was a little over 2 miles W of the true 103rd meridian, which became the W boundary of the OK Public Land Strip. In 1911 a joint congressional resolution declared the line as marked by Clark to be the true boundary between Texas and New Mexico. The original Clark's Monument at the edge of route US 56 is no longer there due to a road widening project. [Ed: Mick Dunn reports on Nov 12, 2016, that Clark's Monument is buried below the shoulder pavement.]

Update - Sept 1, 2008 - Bill Wentzel
From Rt56/64/412, at the NM/OK line, go south on Feeder Road 1 mile to a T-intersection. The marker is immediately behind the wire fence. See guide for description of other historic markers in this area.

Update - Oct, 2015 - Frank Sutman
Note that the marker is quite small and not visible from the road right of way. We had to poke a bit to find it behind the fenceline and brush.