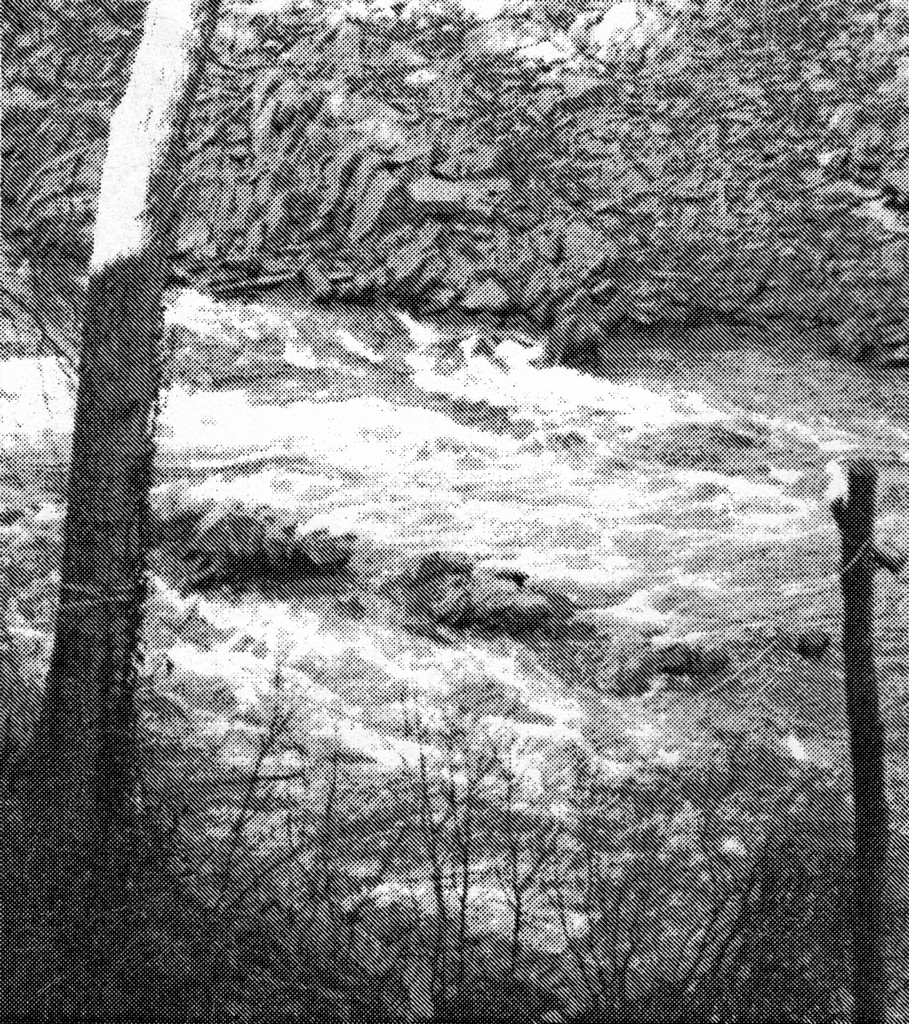 ACCESS ROUTE: Congress, in 1790 established the District of Columbia. In 1791, President Washington issued a proclamation defining the bounds of the District. The starting point for the defined area was at Jones Point on the Virginia side of the Potomac. Originally 100 sq. miles in area, it was reduced to 68 sq. miles in 1846 when the portion west of the Potomac was ceded back to Virginia. The boundary between the District and Virginia was finally set at the mean low water mark on the Virginia side of the river and following the original pierhead alignment. This is the same situation as MD - WV - VA, where all of the Potomac River is claimed by Maryland. However, in this case, it is a double tri-point since DC has both a northern and a southern junction with VA and MD.

The northern tri-point is on a very steep bank above the Potomac rapids. Access is by permission from home owners, and descending the steep bank to the river. This was not attempted, but permission was obtained to take pictures of the gorge in this area.

Update - Summer, 2006 - Bob Whitney
[Ed: also published in #69-05q2-p25].
The DC/VA marker may be difficult to spot due to brambles growing around it. I try to prune the brambles when visiting my daughter in the DC area.

Update - May, 2017 - Frank Sutman
[more detailed driving directions]: The northern tri-point is on a very steep bank above the Potomac rapids. This is in the vicinity of 600 Chain Bridge Road, McLean, VA. 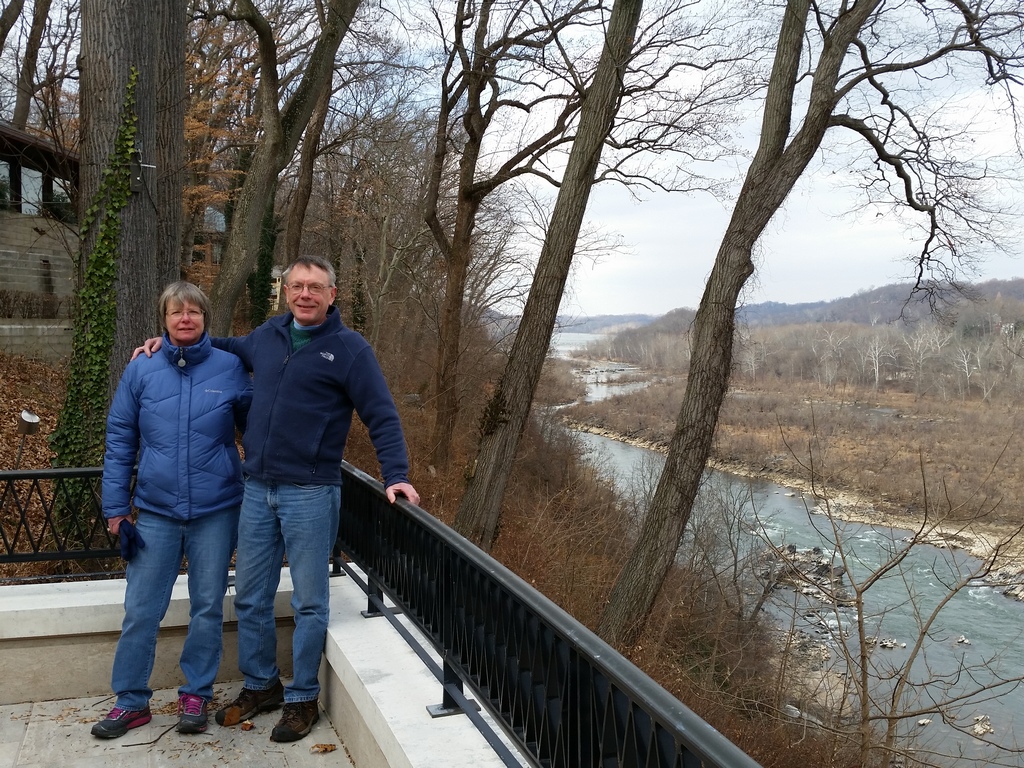 The tri-point is on the river bank below the gated estate at 600 Chain Bridge Road, McLean, VA. Request access at the gate house. The caretakers were very gracious and provided an exterior tour of the property for us, including the Frank Lloyd Wright designed "Marden" house. We observed the tri-point from the terrace directly above. They did not wish us to descend the steep bank to the river due to liability concerns. They did mention that we could possibly access the river via the property directly south. However, this was a posted "No Trespassing" construction site so we did not attempt. They also mentioned that there is a benchmark on the DC-MD line on the publicly accessible land between the river and the canal on the opposite bank.