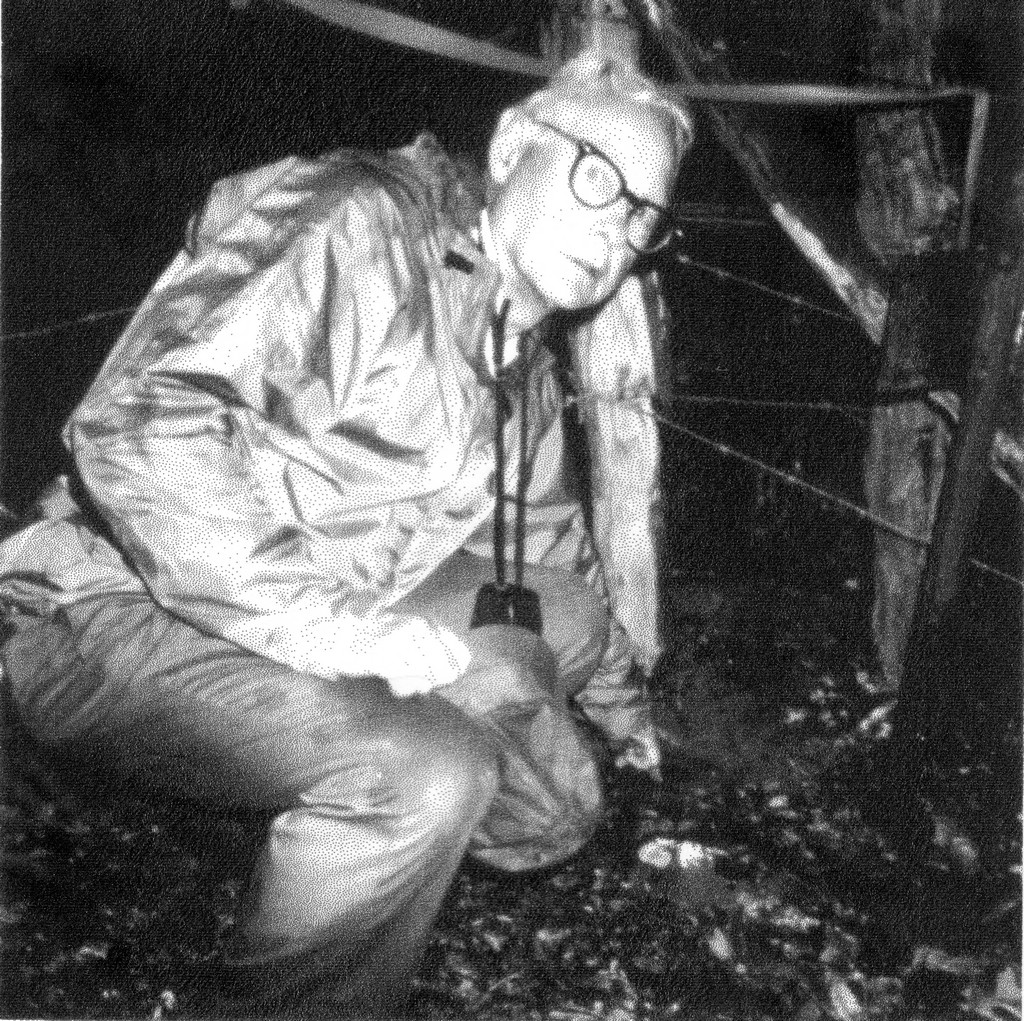 ACCESS ROUTE: From the center of Copperhill, TN, go 2.2 miles E through Pantertown, and around a gradual curve to the S, to Harris Road off to the L. Go 0.15 mile on Harris Rd., then turn R on Jasper Rd. and follow the most traveled way for 0.3 mi., going down a hill, passing a house on the L. A short distance past the house, turn L and follow along the N side of Wolf Creek for 0.4 mi. The road bends around and approaches another house, and turns sharp R. This house is in TN, but the S side of their lot is the TN-GA line. Get permission to go on the property and follow the TN - GA line on the GA side for about 200 yds., going downhill to a dry creek bed and then uphill to a 4-way fence intersection which is the tri-point. The USGS marker was buried in dirt, and under a rock. We finally located it after digging around in the area.

Find Harris St. as described by Jack, namely, to the left after going around a bend on GA 60 south. After 0.2 of a mile, turn right on Jaspar Rd. After 0.3 of a mile take the second Jade Lane (only goes left). After about 0.4 of a mile, turn right at an outside Coke machine and go to the end of the road. The younger Patterson's property is to the left. He is glad to have visitors but check in first. If no one is home, back track a bit after coming off the porch and go through a gate to get to the other side of a barb wire fence which is a continuation of the TN/NC border. Follow the fence, keeping it on your left, up a slight grade to fences along the GA/TN, TN/NC, and NC/GA boundaries. The tripoint marker is just inside the SW quadrant and may be covered by din or leaves.

Update - July 31, 2006 - Bill Wentzel
You can view the trip report at The Trek Stop. [Ed: Because the blog images obscure some of the text, it is quoted here. See the blog post for additional photos.]

On our 3rd visit to this tri-point in as many years, A.D. Paterson, the 3Pt land owner was off delivering chicken droppings, but we talked with Mrs. Paterson for a spell. She pointed out the new addition to their farm - a 7ft. tall pointy rock on the GA edge of their property. Note, this marker does not designate the actual tri-point which is 100yds. west, reached by following the barbed wire fence line. The rock is positioned on the GA side of the fence at the "WELCOME TO FANNIN COUNTY GEORGIA" sign where the NC/GA line meets the road. Since A.D. was off to market, we couldn't inquire about his red engravings. We decided that the "F." under GA stood for Fannin County and the "C." under NC (the N is reversed) designates Cherokee County. The T = Tennessee.

Jack Parsell's directions for this 3Pt are from Copperhill. We approached from US64/74. Aprx. 15 miles west of the 64/74/19/129 junction, turn left on Wolf Creek Rd. at the Wolf Creek Corner store. If coming from TN, this store/road is 1 mile from the TN/NC line. Go 2.2 miles to a "T" and turn right onto Wolf Creek Rd. GA (Wolf Creek Spur goes left). Go .3 miles, crossing new bridge, to the Paterson farm on the left. The newly erected "psuedo" marker is hard to miss. Park at the dirt road beyond the rock, about 25yds. west. Walk in and follow the barbed fence right to it's junction with more fence. The USGS marker is at this "wirey" intersection.

Update - Aug 27, 2011 - Jimmy Emerson
Jimmy Emerson has several photos on Flickr with some descriptions. You can start with this one and the 6 previous [reverse order] photos.