ACCESS ROUTE: From Interstate 29 in SD, take US 18 East about 20 miles to Inwood, lA. Then go N out of Inwood to Larchwood on route 182, which joins route 9 before reaching Larchwood. Coming into Larchwood, leave route 9 and continue straight N about 3 miles on Rt. K 16 to the MN line. Turn left (W) on a boundary line road and proceed about mile to the tri-point in the middle of the road at a tee intersection. There is a brass pin in the middle of the road, and a plaque on a monument in SD beside the road.

The inscription on the plaque reads, "TRI-STATE MARKER 1859 SET AT THE JUNCTION OF THE STATES OF MINNESOTA, IOWA AND DAKOTA TERRITORY BY FEDERAL LAND OFFICE SURVEY OF MINNESOTA'S WESTERN BOUNDARY". The plaque goes on to report that after being damaged by vandalism in the early 1900's, it was restored in 1938. Then, after damage by vehicular traffic in 1979, it was restored at its present site in 1981.

There is a monument on the NW comer of the T intersection in SD but the actual tri-point is a 1/2" diameter pin in the middle of the paved road. Note that the street signs on each comer are different depending on which state you are in. The inscription on the plaque on the monument reads, TRI-STATE MARKER 1859 SET AT THE JUNCTION OF THE STATES 0F MINNESOTA, IOWA AND DAKOTA TERRITORY BY FEDERAL LAND OFFICE SURVEY OF MINNESOTA'S WESTERN BOUNDARY. The plaque goes on to report that after being damaged by vandalism in the early l900's, it was restored in 1938, damaged by vehicular traffic in 1979, and restored to its present site in 1981. 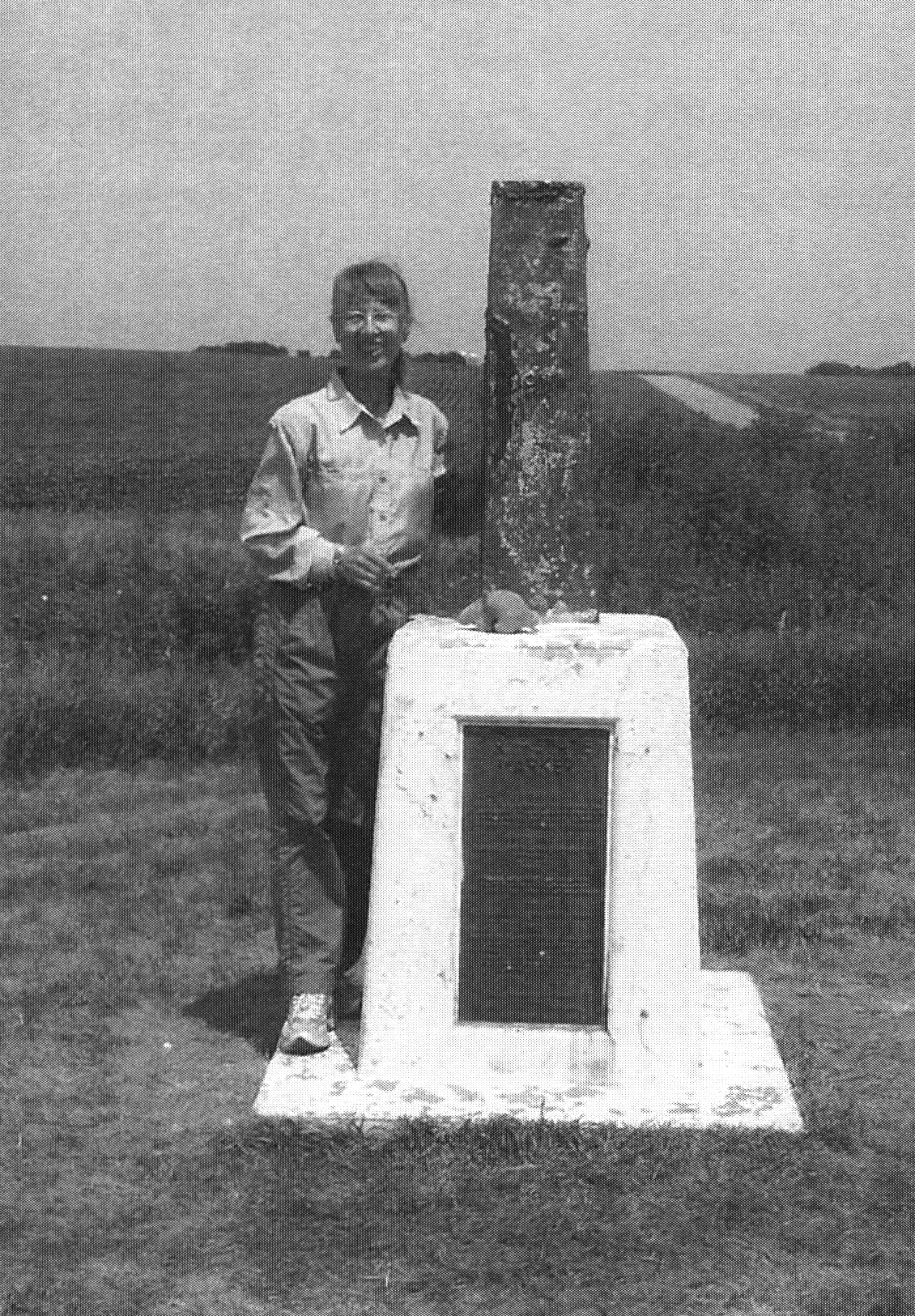 Are you convention bound? Why not bag a tri-point? Iowa shares a tri-corner with South Dakota and Minnesota. This one is people and rental car friendly. No hill to climb, fence to negotiate, river to ford, nor dirt road to voilate the rental car contract. It is about 60 miles west of Worthington, MN.

Jack describes a marker in the middle of the road. When Keith and I visited this tri-corner in July 2007 we found the marker had been moved to the side of the road - see photo.

Reminder: road conditions and landmarks change over time. Getting lost or temporarily misplaced is always an option. 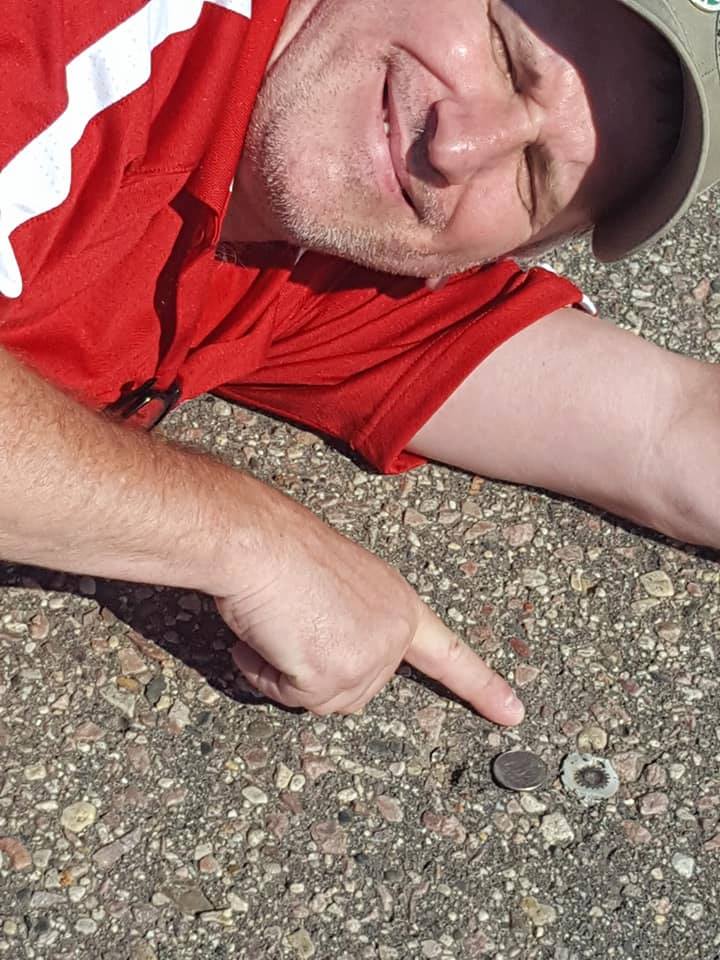 [Ed: Robert Zambanini was able to find the brass tri-point pin in the middle of the road].