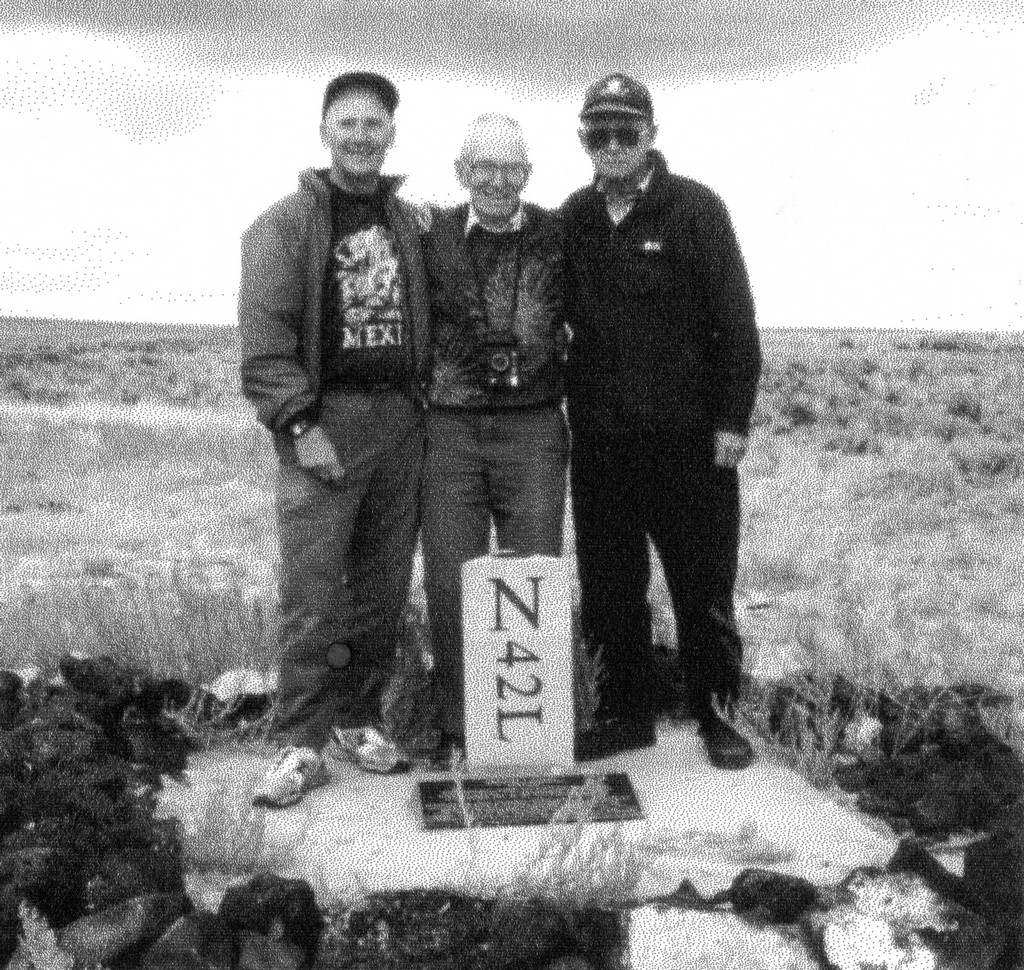 ACCESS ROUTE: This is the most remote of all the tri-points. Access is from Winnemucca, NV via either Paradise Valley or McDermott. We went in from Paradise Valley and returned via McDermott Indian Reservation. A high clearance vehicle is required, and for a few sections of the road a 4WD is advisable. Since it is over 200 miles round trip from Winnemucca, a full day should be planned for the trip.

From Winnemucca, drive 40 miles N to Paradise Valley. Continue E and N on gravel and dirt roads 49 miles to a signed junction. Turn E and proceed on a poor road about 16 miles to the Nevada- Oregon fence line. Then turn right, and follow a very rough jeep track along the fence on the Oregon side, for about another mile to the tri-state monument which is on the Oregon side of the fence line.

The McDermott route leaves US 95 approximately 70 miles N of Winnemucca and 3.8 miles S of the Oregon line. Heading E you will cross the Indian Reservation and follow up the Quinn River valley. At about 23 miles from US 95 you will come to the signed junction mentioned above. From that point follow the directions already given.

Since this is a very sparsely traveled area it is advisable to be prepared for camping out in the event of vehicle problems. The best location for renting a 4WD pickup is the GMC dealer, Bosch Motors, 1205 E. Winnemucca Blvd., Winnemucca, NV, 89445.

This monument marks the point established by Daniel G. Majors, U.S. Astronomer and Surveyor in December 1867, on the 42nd parallel north.

As determined from numerous observations of the stars for latitude this point is 124 miles, 17 chains and 2 links distance south of the initial point which was determined at the confluence of the Owyhee River with the Snake River.

This position identifies the southwest corner of Idaho, the southeast corner of Oregon and the north boundary of Nevada.

Note the N is for Nevada. The other two faces of the triangular marker are marked O and I.

Update - Summer, 2006 - Bob Whitney
[Ed: also published in #69-05q2-p25].
The road in from the McDermott Indian Reservation definitely warrants using a 4WD vehicle. After our visit, I looked at a Nevada gazetteer and the coding for the roads going through Paradise Valley suggest a 4WD is not needed. That is certainly the case from where these two routes merge, until you reach the "poor road" along the NV/OR fence line. 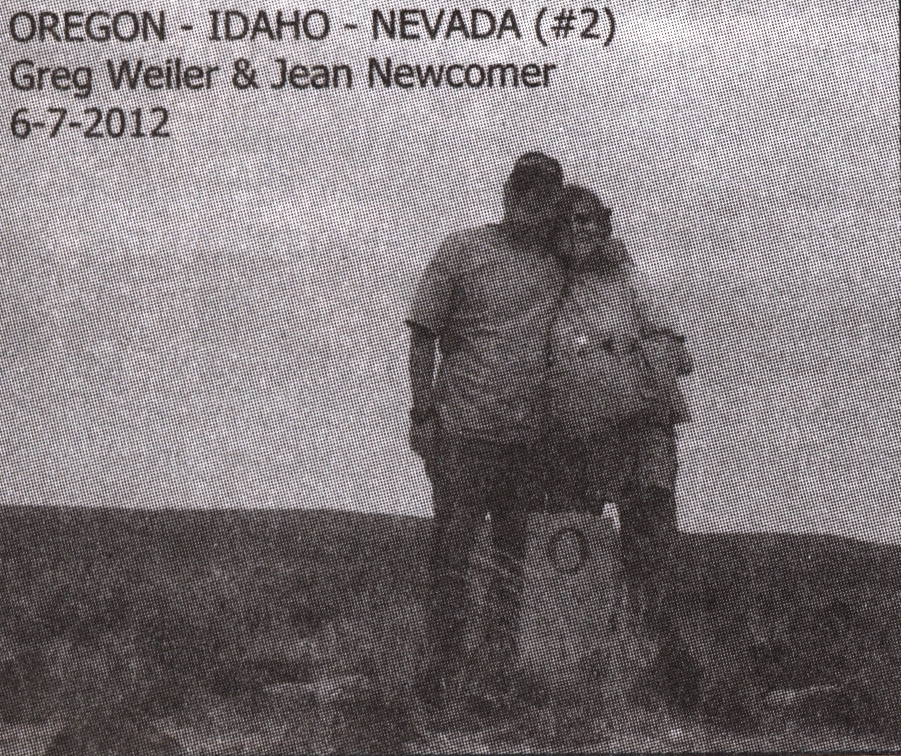 Although this is the most remote of all tripoints it's fairly easy to get to, if you know the route. We had a Garmin GPS unit in the car and the route actually appeared in the database once we programmed in the coordinates. In our opinion a 4WD high clearance vehicle is required.

We took the McDermitt route through the Indian Reservation and had 3 stream crossings to contend with before the signed intersection Jack Parsell mentions, the longest one about 100' and no deeper than about a foot. After the intersection the turn-off for the final 15 or so miles is over a deeply rutted road in spots and one steep dry creek crossing.

From the gate it is one mile to the tripoint along a very rough track. We walked after bottoming out a couple times. The monument is about 100' N of the fence.

We rented a Jeep Liberty in Reno, not being able to find Bosch Motors in Winnemucca. The only rental agent there is Hertz and they wanted $109 plus tax per day for a Rav 4 4WD. The Liberty cost $341 for 2 weeks.

We saw no other people or vehicles after passing through the reservation. As a precaution we called the Humboldt Co Police in Winemucca and notified them of our intentions. We were out of cell phone range soon after leaving the reservation.