ACCESS ROUTE: West Virginia claims the entire width of the Tug Fork of Big Sandy River, so this is an instance of a tri-state corner being on land instead of in the middle of the river. We tried to approach this point in May, 1991, but the river was raging with spring run-off, and was much too high to ford. When we returned in October, 1992, it was only knee deep.

From Gilbert, WV, go NW on US 52 about 2 miles to a turn L across a bridge on the Gilbert Creek Road. Then, after 1.8 miles, tum R, avoiding the road to Baisden. Continue up over the height of land, past a mine operation, to Wharncliffe, which stretches out for some distance along the narrow valley of Bens Creek. Pass a turnoff road to the right, which is another route back to US 52, and continue on a poor dirt road down to Wharncliffe Station. When you approach the RR tracks, take a left turn-off that goes down under the tracks to a parking area by the river. Ford the river to an island, and then ford the main branch from the upstream tip of the island. You will then be in KY on the W shore of the river. Hike S along the bank on a poor trail which used to be a jeep road, for 0.6 mile to the tri-state point, which is a USGS survey marker on the top of a 2 foot high iron pipe at the high water mark above the river.

Update - Summer, 2006 - Bob Whitney
[Ed: also published in #69-05q2-p25].
This tripoint was an adventure for Frank and me. We tried it in late July but the water was too deep and strong for us to wade across at the point Jack suggests. We also drove on a roadway in a southerly direction close to the RR tracks to a road going down to the water, a roughly about a mile south of the tripoint. It was not prudent to wade at this point.

We returned in mid August thinking we would be rowed across; however, this arrangement fell through, but the water had now abated enough for wading. Note that the island to which Jack refers is rarely an island these days. A flood deposited enough silt and other material to block the eastern channel most of the time. After wading the main channel and climbing the bank the right fork seemed more promising. For a short distance we felt we must have been on an old jeep road, but it became like an old streambed calling for heavy bush whacking. This eased up as our GPS told us we were getting close. When your GPS tells you that you are getting within a few hundred feet of the marker, walk on the west side of two large rock formations. Pass the 2nd formation and the marker will be 15 to 20 feet south of it and, based on the water level when we were there, 40 to 50 feet from the water's edge. GPS: N 37/32.278 & W 81/58.087, varying slightly from Jack's N 37/32.270 & W 81/58.097.

After backtracking over a 1 mile [Ed: 1/10th mi?] we found a place where we were comfortable wading across, then climbed a steep, slippery bank to the RR tracks and the car. The tripoint should be accessible by reversing our exit route and using a GPS when descending to the river where caution is required. Use the tree branches for handholds.


The hunt for this tripoint began in Sept 2012 when we drove to WV from PA only to meet up with a tropical storm coming up the Appalacians. In Charleston we decided the Tug Fork would be too swift and deep so we decided to go home.

This year the weather was in our favor with no significant rain for weeks and no hurricanes or tropical storms to content with. On Fri Oct 4 we started across the ankle-deep Tug about where Joyce & Jack crossed many years ago. About two-thirds of the way across the 50-foot width the water got knee deep and swifter than at the bank. Jean lost her balance and went down, with her day-pack under water, and the current started pulling her downstream. I managed to grab her before she got out of reach and into the much deeper water. She shed her pakc and I pulled her across the Tug the way we came.

We tried again on Friday, this time upstream directly across from the tripoint but failed again. Time to get help.

We called John Toler that evening and set up a meeting at his place for Sat. He and his son Alan are residents of Wharmcliffe and are glad to help people cross the Tug to get to the tripoint. When we got to John's place Sat morning Alan was there too ... and with a boat! Alan is a volunteer fireman and is trained in al sorts of water rescue. YES!

They loaded the boat in their pickup with Jean and I in the back seat and headed to the Tug and drove along the RR to a point almost directly acorss from the tripoint. Jean and I were in the boat and Alan walked us across the 100 foot wide, knee-deep, slow flowing river in about 10 minutes. Once on shroe it was a 200-ft hike up the bank to the white-painted tripoint post.

The Tolers told us many times during our visit that if anyone wants to cross the Tug to get to the tripiont to give them a call. They know eactly where it is. We strongly recommend you do this. There is no charge for their service. We used 2 hours of their time on a Sat afternoon and they wouldn't take a cent.

We stayed in Logan, WV, and took Rt 44 south out of town for 19 mi to the intersection with Rt 52. We crossed Rt 52 at the Marathon station and continued for about 2 mi to the Kng Coal Expressway under construction. After crossing that we took a left onto Left Fork Ben's Creek Rd/Co Hwy 8-01, a re-constructed road that winds down the mountain. In a few miles this became Ben's Creek Rd (Co Hwy 10-01) and a couple miles later intersected with Rt 10. A right took us through Wharmcliffe and to the river.

Many thanks to Jack Baker, Bill Wentzel and Bob Whitney who provided support for our undertaking. 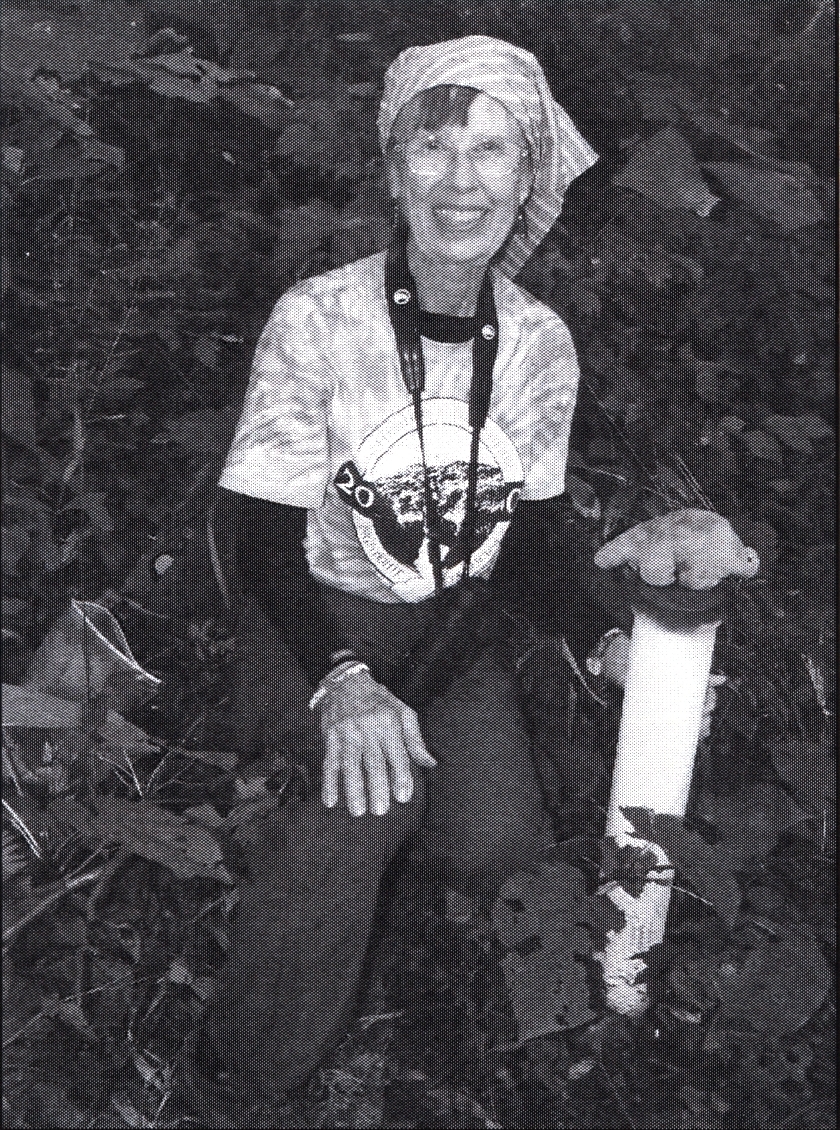 Equally challenging was KY-VA-WV. Wading across the Tug Fork of the Big Sandy River can be easy or difficult depending on water level. Then there is the "trail" that is mostly overgrown. As we were preparing to wade across the river, a "local" came by and warned us to watch for cottonmounts and timber rattle snakes. Good thing someone painted the short marker post white. I wasn't keen on bushwhacking any more than necessary.

Email update - Jan, 2018 - Bill Wentzel
Best window is Sep/Oct when the Tug River is down.