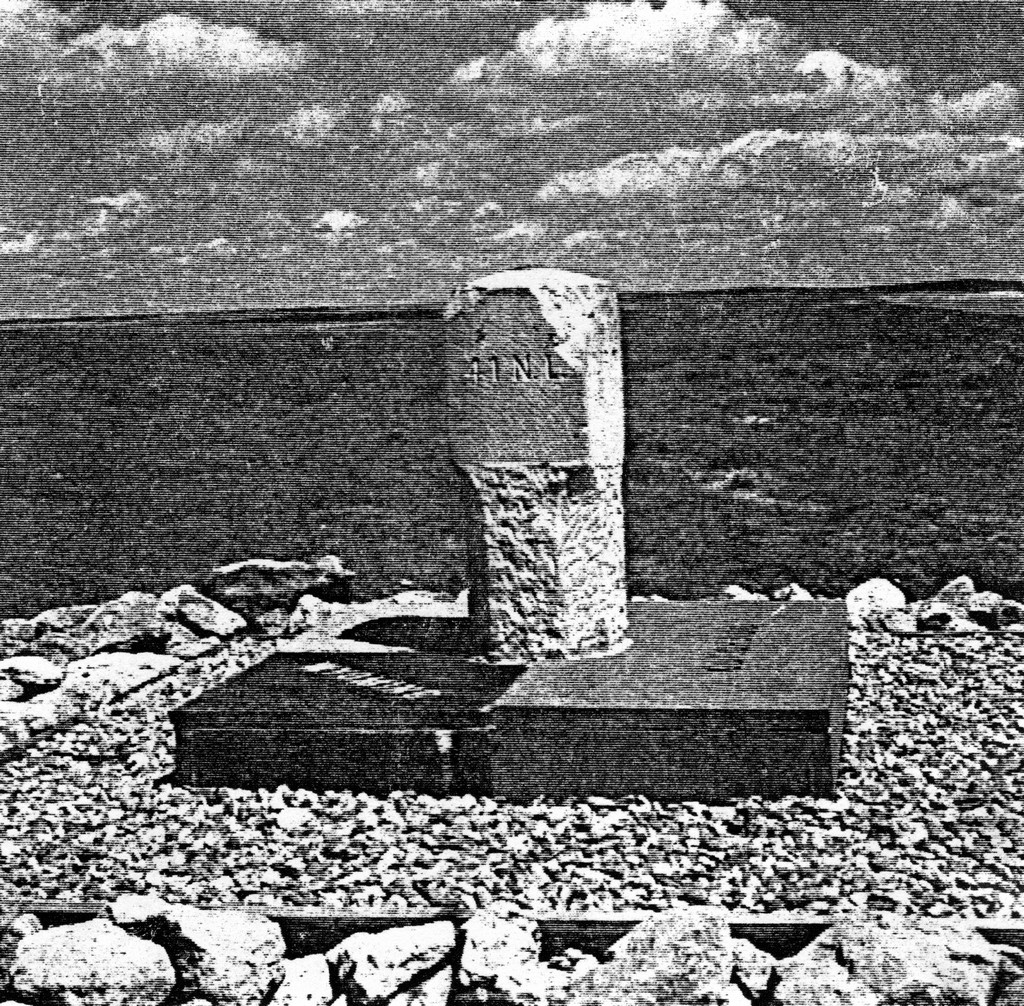 ACCESS ROUTE: Leave Interstate 80 at exit #401 at Pine Bluffs, WY. Go N to 8th Street, then E on 8th Street for 0.6 mile to Beech Street. Go S on Beech 12 miles to the CO line. Turn E and drive 3/4 mile on a pasture road along the WY - CO border past a wind mill to the tri-State marker.

The Nebraska high point, Panorama Point, at elevation 5424 feet, is 1.3 miles ENE of the tri-point.

A ceremony was held on August 16, 1997 to dedicate the restored corner marker. The information given concerning the monument is as follows:

CORNER COMMON TO NEBRASKA AND WYOMING ON THE COLORADO STATE BOUNDARY

Oliver N. Chaffee, U.S. Astronomer and Surveyor, established this corner monument August 17, 1869 at the intersection of the forty-first parallel of north latitude with the twenty-seventh degree of west longitude (west of Washington, D.C.). Mr. Chaffee continued the survey northerly to a termination point on the forty-third parallel, marking the first boundary survey of Wyoming Territory.

Art Henrickson and Howard Kieler rehabilitated the monument in 1981. A brass disk was drilled into the top center of this comer stone in 1990. Federal, State and Local organizations coordinated additional preservation in 1997.

History of Tripoint and Trip Report - Aug, 1992 - Dale Sanderson
Dale Sanderson provides history on surveying the tripoint at US Ends along with his trip report.

Update - July, 2003 - Jack Parsell
Additional repairs and a protective fence are changes at this point. I don't know whether the three different colors are still used.

Update - June, 2004 - Bob Whitney
[Ed: also published in #73-06q2-p23].
When Frank and I visited this tripoint in June 2004, it coincidentally was the day the attractive comer marker was being repaired from an act of vandalism. It was interesting to learn of the local interest in financing this project and making the monument more vandal proof.

[Ed: John Mitchler wrote an article "The CO-NE-WY Tri-State Marker Gets a Facelift" in #70-053q-p30 about the new monument. It is included here.]
Jerimoth Hill isn't the only place receiving improvements these days. The tri-state point at Colorado-Nebraska-Wyoming has a new marker. This marker is familiar to many high-pointers as it is very close to the Nebraska highpoint, Panorama Point (one mile direct but 8 miles via county roads). New signs were installed. 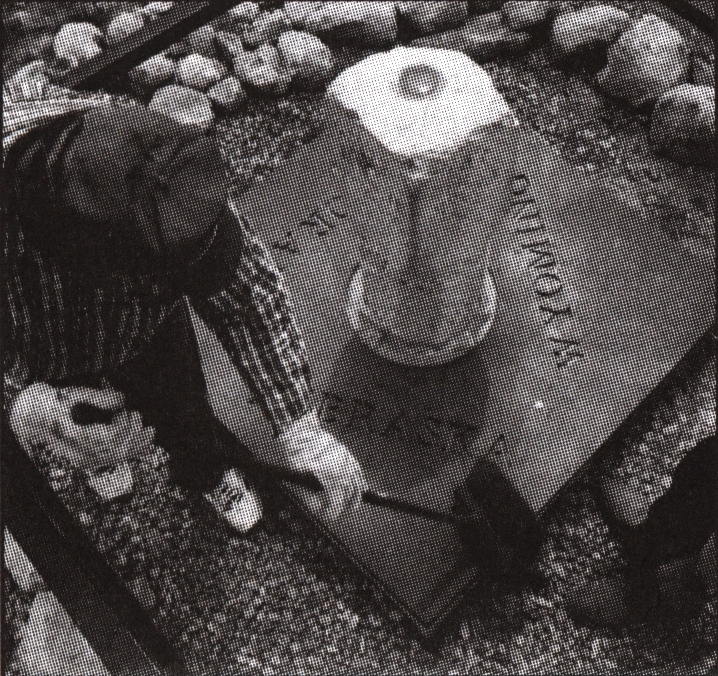 The Western Nebraska Observer ran a nice story about those who helped with the reconstruction, namely the Kimball Rotary Club and the Boy Scouts. Those who visit the NE HP must stop by Kimball for dinner and visit the Chamber of Commerce for their certificate. Pick up a copy of the Observer to catch the latest news.

This project commemorates the Rotary's 100th Anniversary, and included a fresh paint job of the railing and stand at Nebraska's highpoint. Pictured is Don Benker brushing off the metal plate. Art Henrickson's [Ed: rehabilitated the monument in 1981] daughter Nancy visited the project.


Update - Sept, 2015 - Frank Sutman
[more detailed driving directions]: Leave Interstate 80 at exit #401 at Pine Bluffs, WY. Go N to 8th Street, then E on 8th Street for 0.6 mile to Beech Street. Go S on Beech 12 miles to the CO line. Turn E through a gate and drive 3/4 mile on a pasture road along the WY - CO border past a wind mill to the tri-State marker. In wet weather you may want to park prior to the windmill and walk the remaining 1/4 mile.

The Nebraska high point, Panorama Point, at elevation 5424 feet, is 1.3 miles ENE of the tri-point. Do not hike between the tri-point and the high point, as it is open bison range. Drive around (from the tri-point W, S, E. N, and finally W again) on farm roads.