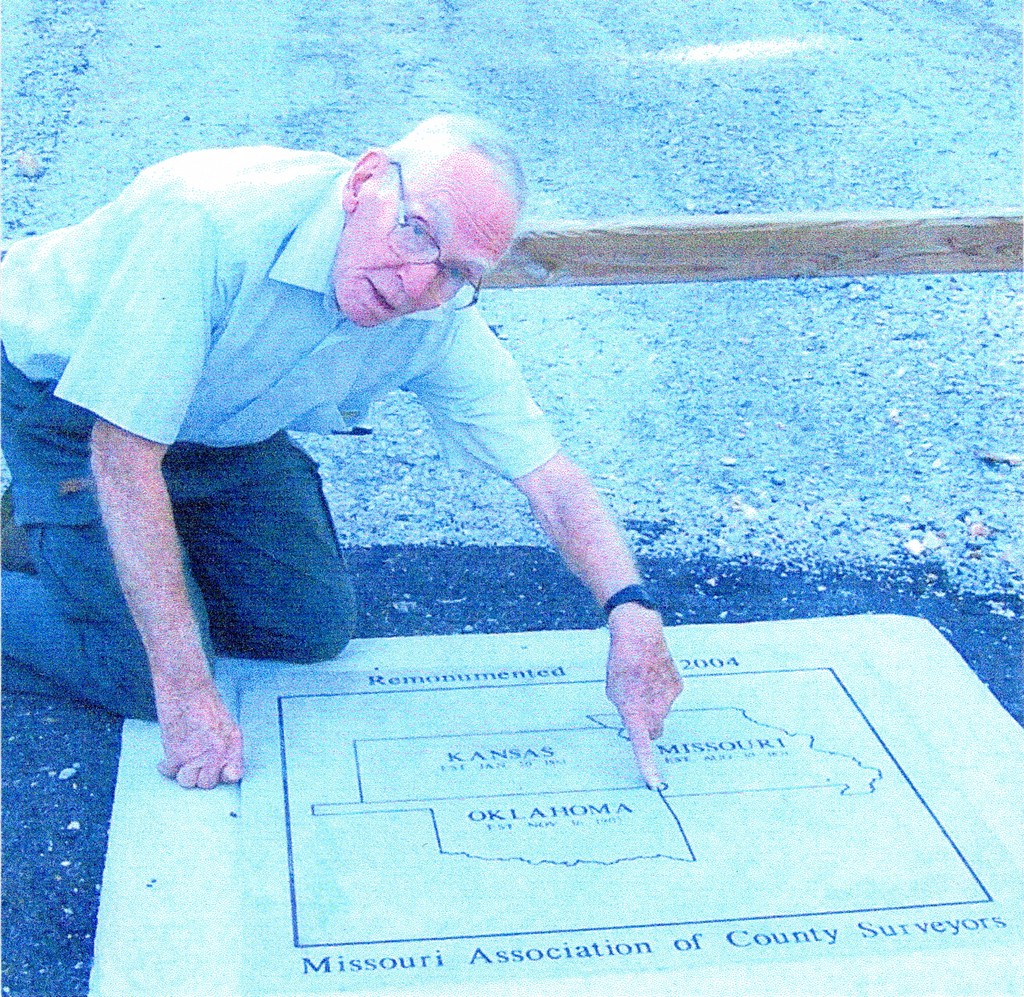 ACCESS ROUTE: From Interstate 44 in Missouri, get off at the exit for US 166. Go NW on US 166 a little over 1/2 mile. Just before entering Kansas, turn sharp L and go S on SE 118th St., a dead-end road, on the KS - MO line, for about 0.3 mile to a large stone cairn on the KS - OK side of the road. A brass pin in the center of the broken up pavement, near the cairn is presumed to be the actual tri-point. However, the most recent report (June 2000) from this site is that the pin is missing, leaving only a large pothole at the spot where the pin was presumed to be.

The name of the Territory of Louisiana was changed in 1812 to Territory of Missouri. At that time the Territory included all of the original Louisiana Purchase except the State of Louisiana. Missouri became a State on Aug 10, 1821. The western boundary of MO was established to be the meridian that passes through the middle of the mouth of the Kansas River where it enters the Missouri River. This was surveyed in 1823, resurveyed and marked in 1844-45. The KS - OK boundary was surveyed in 1857 on the 37th parallel.

Update - June 12, 2000 - Richard L Carey
You can view the trip report at Peakbagging

Update - Aug 30, 2008 - Bill Wentzel
You can view the trip report at The Trek Stop where he gives detailed/updated driving directions.

Update - Sept, 2014 - Frank Sutman
[notes on pin/plaque marker]: The tri-point plaque is in the center of the road. Note the bison on the property to the right as you drive towards the highpoint.