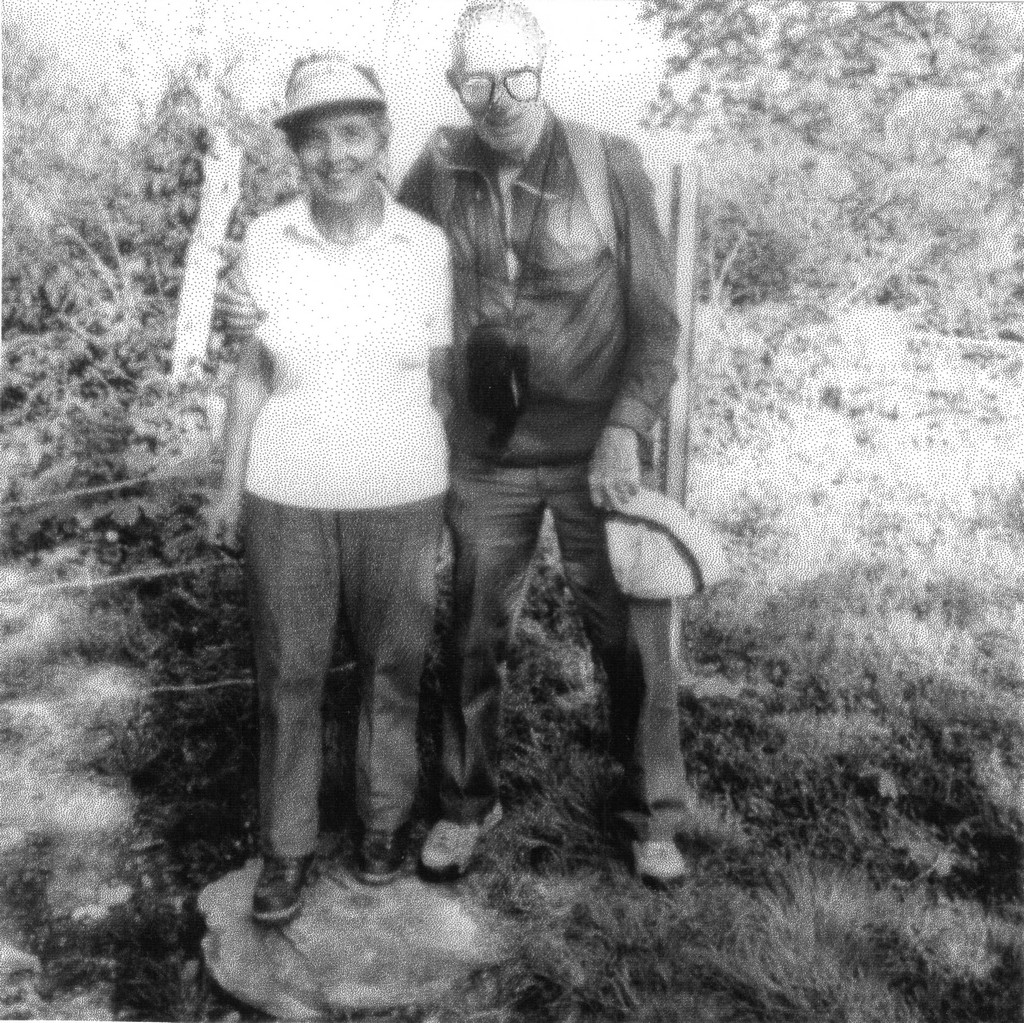 ACCESS ROUTE: From Abingdon, VA, go E on Route US 58, passing through Damascus and continuing thru Konnarock. Beyond Konnarock, tum right (S), and go to Whitetop on Route 726. Then take Route 755 SW of Whitetop following up Big Horse Creek to fork in the road about 1 3/4 miles from Whitetop. Ask permission at the farm house on the left fork, just across a creek, then continue on the right fork, thru two usually open gates, and up a steep, rocky road for another 0.8 mile. With 4WD you can continue to the tri-point. Otherwise, hike up the road 1 1/2 miles to the North Carolina Corner. Where the road reaches NC, go W about 100 feet up to where the TN - VA line comes in. The marker is close to where the fences intersect. Elevation at the tri-point is 4650 ft.

Because of imperfect instruments and poor understanding of compass variations, there were significant errors in the early surveys. In 1779 VA and NC could not agree on the location of parallel 36° 30', so they ran two parallel lines two miles apart, on the north run by NC known as Henderson's line and on the south by VA known as Walker's line. In 1789 TN was formed from NC territory W of the Allegheny Mountains, so it then also became a dispute between VA and TN. After many failed compromises the U.S. Supreme Court decreed that a line half way between Henderson's and Walker's lines as surveyed in 1803 to be the true boundary.

Update - ??? - Richard L Carey
You can view the trip report at Peakbagging

Update - July, 2003 - Jack Parsell
Don't need to get permission at the farm house and can drive almost to the tri-point.

Update - Summer, 2006 - Bob Whitney
[Ed: also published in #73-06q2-p23].
It is no longer necessary to ask permission at the farm house noted by Jack. It appears the road has become more public due to homes having been built on it. It is now possible to drive virtually all the way to the tripoint although the last half mile or so is quite rough. Also note that the road can be very hazardous in icy or snowy weather. If you are still driving as you get close, park at a Y intersection and walk up the right (rough) fork.