Rhode Island Governor Lincoln D. Chafee attended Wednesday, October 22, 2014, formal transfer of Jerimoth Hill from Brown University to the state who was represented by Dean David Targan. Highpointer Club liaison Stony Burk who has been active in facilitating this transfer since 1999 when it was surrounded by private property was on hand and gave a speech. state acquisition of Jerimoth Hill from Brown University.
END_OF_DOCUMENT_TOKEN_TO_BE_REPLACED

The Providence Journal reports today (December 6, 2011) that Rhode Island is buying the Jerimoth Hill for $100,000 from Brown University.

The Highpointers Club through Stony Burk and Dave Covill have been working on making the summit more accessible for nearly two decades after neighbor the late Henry Richardson asserting private property access blocked but Dave and Stony worked with him to provide access on a few days out of the year. Richardson’s property was later sold to the Mosby’s who enthusiastically opened access. They sold their property to the state. But the summit itself had been Brown University property through the entire period as it was a “little Mauna Kea” being used by Brown’s astronomy department.
END_OF_DOCUMENT_TOKEN_TO_BE_REPLACED

Peter Mandel on the Providence Journal mentions corresponding with the Highpointers Club and the accompanying photo shows the Club signs on Jerimoth Hill in an article on October 17, 2010 headlined “How my assault on Jerimouth Hill came up short.”
END_OF_DOCUMENT_TOKEN_TO_BE_REPLACED

Jeff & Debbie Mosley, the new owners of Jerimoth Hill, have dramatically changed the access rules.  They are permitting highpointers to visit the highpoint from 8 a.m. to 4p.m. 52 weeks a year!

Bill Littlefield of the NPR “It’s Only A Game” show visited Jerimoth Hill during the Labor Day 2005 clean up and trail work and had a 7 minute interview with club members.
END_OF_DOCUMENT_TOKEN_TO_BE_REPLACED 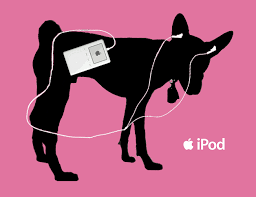 END_OF_DOCUMENT_TOKEN_TO_BE_REPLACED

[Webmaster: These pictures were taken in 1999/2000 when access to Jerimoth Hill was highly restricted. In 2011 the state of Rhode Island decided to purchase the summit (read it here) and in 2014 the formal transfer occurred (read it here)].

Open access date for Columbus Day, 10-19-99: visitors walking back from “the rock”

Open access date for Presidents Day, 2-20-00: visitors walking back from “the rock”